Outlook on Renewables for 2020 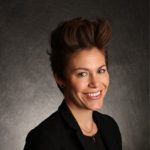 The times, they are a-changing … especially for commercial energy.

In January 2019, Environment + Energy Leader asked DSD’s managing director of strategy and market intelligence, Ellen Roybal, to give her take on what’s shifting in the commercial energy sector, and why renewables are showing a strong presence on our collective radar. Here’s what she had to say.

Recently, well-known brands like Walmart, Google and Facebook have made renewable commitments as a part of their modern business. Why?

Renewable energy makes economic sense. Businesses can lock in power below retail rates, with the added benefit of a known electricity price for the next 20+ years, hedging against an inevitable rise in general electricity rates. On top of that, sustainability is a key focus for the future globally, and renewable energy is a large part of that. Companies have an opportunity to take leadership in this space in a meaningful way, showing their employees, customers and communities that they are taking action for our future.

I think it was smart to have an ITC step down to avoid a large cliff — this industry is prone to booms and busts. The industry has been preparing for this, and, on the whole, we’ll see a stabilization for a few years where project economics absorb a lesser subsidy and continue to see cost-out in the supply chain. It’s not something that will kill the industry, nor will it stop or reverse the trend to adopt solar power.

Can you discuss the current administration’s imposed tariffs on solar products and how severely you think this will impact the market?

The module tariffs are more inconvenient than anything else. We saw module prices stabilize after a few months of uncertainty — and we’re back on the path of continual cost out of components. The biggest impact tariffs have come from a lack of clarity for our policy framework — the uncertainty of cost to do business is what hurts the solar power industry the most. We’re able to mitigate known costs, but tariffs create an unknown variable that ultimately customers pay for in the form of higher overall project costs.

What do you predict to be the next big milestone for commercial renewables?

I think we are going to see a boom in volume compared to last year, but I think the more telling milestone will be the reach. Solar is expanding well beyond what used to be the “core markets” like Massachusetts into a solid set of growing markets like Illinois, and into emerging markets like Utah and Florida. I think the number of states that install solar energy at a meaningful scale is going to be unprecedented.

I am incredibly bullish on this segment in general. Businesses and organizations compose about 15% of all electricity accounts in the US and use roughly 65% of all electricity. It’s in their economic interest to pursue renewable electricity, and businesses can make a dramatic positive impact on renewable energy adoption. I also think that using solar power onsite is in its infancy. There are huge synergies for adopting solar, then storage, then a controls system, and then whatever is next — in a way to control cost, control operations and, eventually, redefine the grid system.