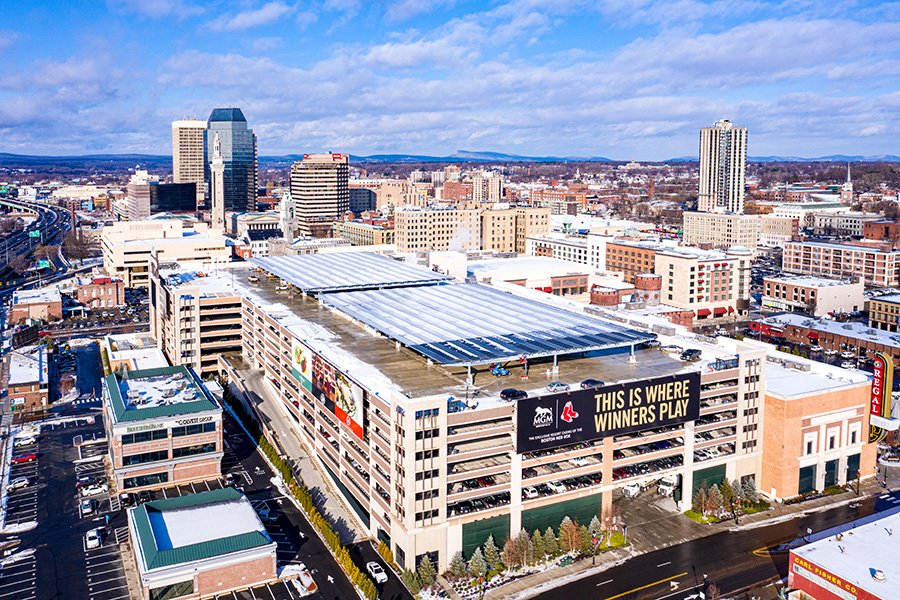 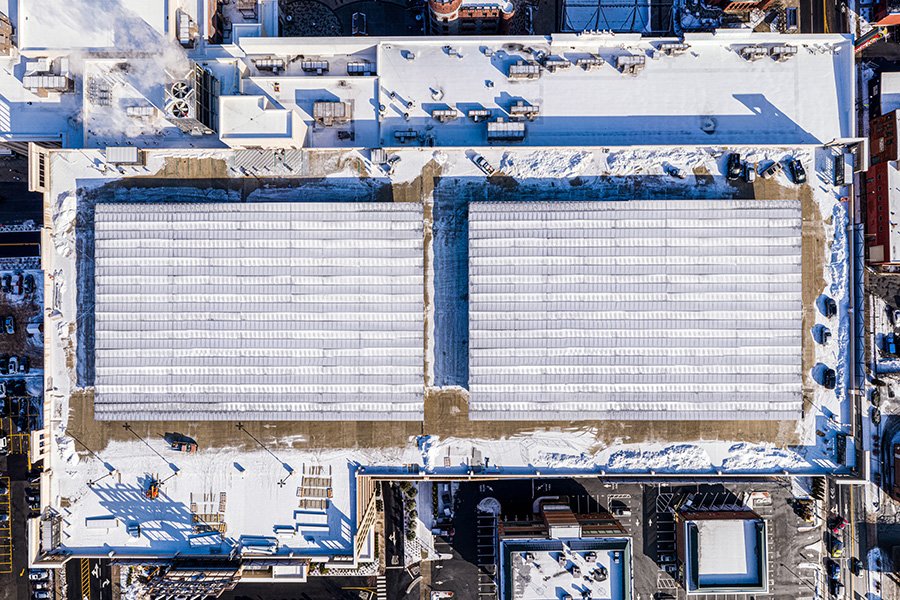 The solar canopy will contribute to MGM’s goal to reduce carbon emissions per square foot by 45% by 2025. Built with U.S.-made Nucor steel and a proprietary water management system, the 1.382MW solar canopy sits atop the roof deck of the MGM Springfield’s parking garage. It’s expected to generate more than 1,600 megawatt hours of electricity and reduce the property’s annual carbon footprint by approximately 410 metric tons of CO2e (carbon dioxide equivalent).

“We selected DSD for this project not only for its deep roots in GE’s 125-year history in power generation, but also for its extensive experience in the region and its roster of top solar industry talent.”

“Our challenge was to design an efficient solar canopy that fit aesthetically with the magnificent MGM Springfield and could be installed at a cost that would deliver savings to MGM under a Power Purchase Agreement,” said Ben Jones, Canopy Team Leader & Director of Engineering at Distributed Solar Development. “We were able to find the sweet spot of electrical, structural, and installation efficiency that’s not only cost effective but stamps MGM as an environmental leader.”

The solar canopy is one of the first solar projects to be financed by DSD’s new $250 million fund for distributed generation, first announced in October. The fund will help DSD meet growing demand from commercial solar and industrial PV clients for clean, renewable energy. It allows DSD to become a one-stop solution for assessing and designing, installing, operating, and maintaining distributed solar assets.

“We selected DSD for this project not only for its deep roots in GE’s 125-year history in power generation, but also for its extensive experience in the region and its roster of top solar industry talent,” said Michael Mathis, President at MGM Springfield. “Our LEED Platinum certification shows what happens when we live our values and make sustainability and renewable energy a cornerstone of our business.”

Despite dealing with a health crisis that could put everything else on the back burner, New York State is determined to keep moving forward on renewable energy.

END_OF_DOCUMENT_TOKEN_TO_BE_REPLACED

What Climate Action 100+ Means for Investors — and the Planet

​After years of reluctance around “green” investments, businesses are starting to recognize the importance of climate change and its impact on businesses’ bottom lines.

END_OF_DOCUMENT_TOKEN_TO_BE_REPLACED

DSD proudly announces the opening of its new corporate headquarters at Mohawk Harbor!

END_OF_DOCUMENT_TOKEN_TO_BE_REPLACED

Outlook on Renewables for 2020

One expert’s view of what’s shifting in the commercial solar PV energy sector in the year ahead.