DSD proudly announces the opening of its new corporate headquarters at Mohawk Harbor!

After seven years of incubation at GE’s Schenectady campus, and after a long-term investment deal from our asset management and renewables investment partner BlackRock, it was time for DSD to create its own home. 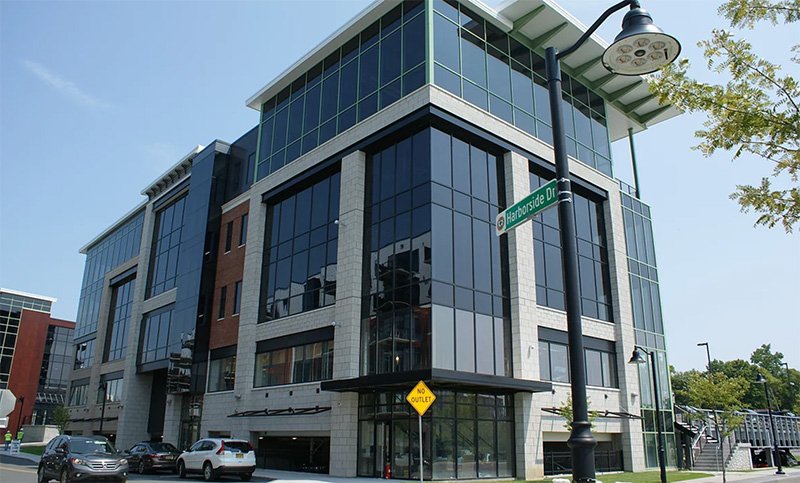 Philosophically speaking, it was time for the company to establish its own identity and independence. Practically speaking, DSD needed the space to support its team’s enormous growth.

“This leader in solar power could have located anywhere. We are very pleased to see DSD move its corporate headquarters to Mohawk Harbor.”

“We’re excited to give our employees an office space with a beautiful, innovative design that matches the energy and culture of the DSD team,” says Erik Schiemann, CEO of DSD. “This is an ideal location that will allow us to continue to expand as our business grows.”

DSD’s new headquarters is built within a 60-acre master planned community at Mohawk Harbor, which integrates high-technology offices, restaurants, retail and more, along one mile of scenic waterfront. The move also reflects the continued evolution of Schenectady — the original home of GE, known as “The City That Lights the World” — as a hub of innovation.

“This leader in solar power could have located anywhere,” says Gary McCarthy, the Mayor of Schenectady. “We are very pleased to see DSD move its corporate headquarters to Mohawk Harbor.”

How to maximize the federal solar Income Tax Credit (ITC) before it “steps down,” to get the lowest price for solar.

END_OF_DOCUMENT_TOKEN_TO_BE_REPLACED

As #NASEW20 kicks off, renewable energy professionals should prepare for a packed schedule of virtual meetings that will take place this fall!

END_OF_DOCUMENT_TOKEN_TO_BE_REPLACED

The U.S. solar sector lost more than 65,000 jobs since the COVID-19 crisis hit. But due to a confluence of factors, the industry is on-track to grow by 6% YoY.